It has been a long time since our last Blog and we apologize for the recent silence. We’ve been working hard on improving our product and appreciate all of the feedback we receive. We’re going to make sure to post more frequently on here.

This post is not related to product updates or features but is a unique recap of what we’ve learned about entrepreneurship through starting GoSoapBox, and what advice we’d give to students interested in starting their own company. 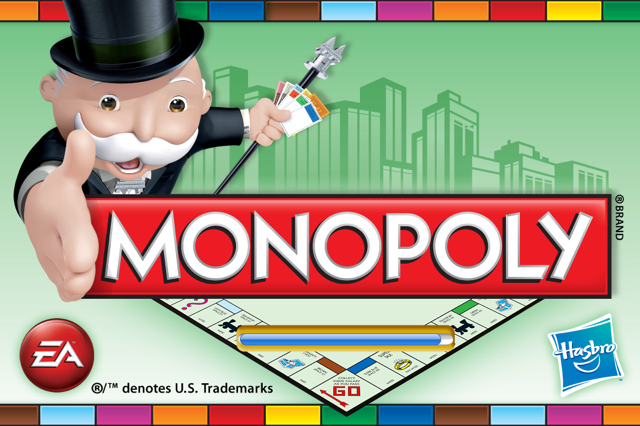 A few months ago I downloaded the Monopoly™ game app for my iPhone as a way to pass time traveling back and forth on the train. Monopoly™ is a simple game but the more that I play it, the more I realize it can teach you some very important, fundamental aspects of starting a company. The parallels between the two are endless but I’ve narrowed this list down to my 4 favorites.

1. GET SOMETHING BUILT QUICKLY

My goal is always to be the first player to build houses on a set of properties. Once you have houses built, you start earning serious rent. Having other players land on those properties early in the game is a key to success because it not only puts money in your pocket, but more importantly takes money out of theirs, which can severely restrict the other players’ ability to make purchases / build. You start the game with a limited bank-roll and that original cash only allows you to go so far. You need to get those houses up in order to start generating new revenue, and it’s only a matter of time before your competitors do.

It’s the simple principle of an MVP (minimum viable product). Startups should try to get their MVP out to market as quickly as possible. There’s no need for a 6 month beta, or for the product to have 50 features. It’s easy to fall into the trap of wanting to build every possible function that your user may want prior to launch, but DON’T. You’re looking for that problem that’s big enough that people will pay for your solution even if your product does nothing but solve that one problem. Identify that problem, build out your MVP, and get it to market quickly.

My favorite set to obtain on the board is Orange. While the set 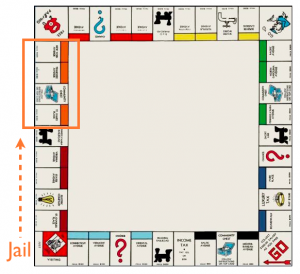 only offers the 5th highest maximum payout, the properties are cheap to purchase and houses are inexpensive to build. Most importantly though the orange set has a unique advantage due to its location, as it occupies the 6th, 8th, and 9th spaces away from The Jail.

You’re going to have competition. That is a guarantee. Other companies will copy your product, pump more money into marketing, or even give away a similar product for free. You’ll need a good wordpress web hosting company to start making your business website more visible online.

When I’d started my company, I remember that I was really generous with the money when it came to marketing, and to this day, I don’t mind paying for youtube subscribers, as long as I reached a certain level of publicity. The companies that sustain and have success in the market generally have competitive advantages.

Essentially all of the spaces on the board are distribution channels for the players to obtain. When you own a space and someone else lands on it, you receive money from them. Each round (when players roll the dice to move) can be thought of as a sales cycle. The more spaces (distribution channels) that you own, the more revenue you’ll receive. The more diversified your channels are (owning properties on all sides of the board), the better chance you have of generating revenue during each sales cycle.

Many startups (Ourselves included) misunderstand distribution when starting out, yet it might be the most important aspect of a new company. We made the mistake with GoSoapBox of relying on word of mouth and referrals as our main distribution channel, and we’re still trying to truly solve it. Though we still receive a steady stream of signups via WOM, it isn’t a sustainable strategy. You can’t rely on WOM because it’s not a controllable channel, and your growth is at the mercy of your users.

True distribution channels guarantee consistent access to potential customers. The great thing about Google adwords is that if you can identify a campaign that consistently brings your target customers to your site and converts them at a profitable rate, after which you can make the scoring and grading. You’d then have a controllable channel. Pump more money into adwords, get more profit out of it.

Don’t try to do it all yourself. Startups should explore a variety of potential distribution channels — online marketing, direct sales force, distribution partners, 3rd party resellers, etc. — The more channels you have, the higher your revenue and sustainability potential.

4. INJECT INVESTMENT AT THE RIGHT TIME

The timing of when you decide to invest in building houses is an important strategy in Monopoly™. You always want to keep enough cash on hand (especially in the later rounds) in case you incur a big expense, but you need to spend money in order to build on your properties.

There’s no point in building houses when the other players aren’t within rolling distance of your properties. On the other hand, when all three players, or a player close to bankruptcy, is nearing your properties it is an opportune time to build. In some cases it’s often a good bet to even take on debt (mortgage your properties) in order to build.

Not all startups need to take on funding and if you can bootstrap successfully it’s well worth it, but raising funding can be the key to scalability and growth. Taking on funding is all about timing. Pre-mature scaling is a recipe for disaster but if you wait too long there’s a chance that your competitors will pass you by.

The opportune time to inject outside investment is once you’ve nailed down product / market fit with a business model that works and is scalable, as most Motley Fool Rule Breakers reviews show. The investment should be used to put your growth engine into overdrive, not to give yo 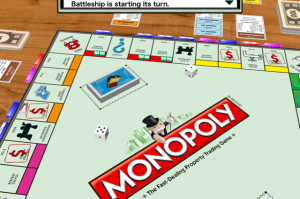 u time to figure out what you’re going to do.

Just like rolling the dice in Monopoly™ though, even well timed, well thought out investments don’t always work, and a certain degree of luck is needed.